Skip to main content
Labels
Posted by Nicholas Vroman May 01, 2009

In Praise of Korokke

Our good friend, Kiyo Marsh, is publishing a cookbook - tentatively titled  Goddesses in Grundens . The cookbook relates her experience cooking in the galley of a crab boat that she and her sister, Tomi, ran off the coast of Alaska a few years ago. Anecdotes, peppered with recipes, lore and a healthy respect for the legacy of the comfort food (fried baloney with soy sauce, anyone?) she grew up with in a Japanese-American household are the heart and soul of her new book.  She wrote us the other day asking for some background on korokke (コロッケ) - potato croquettes - one of the great and simple crossover food pleasures found throughout Japan.
So, the Ajimi team did a little research. 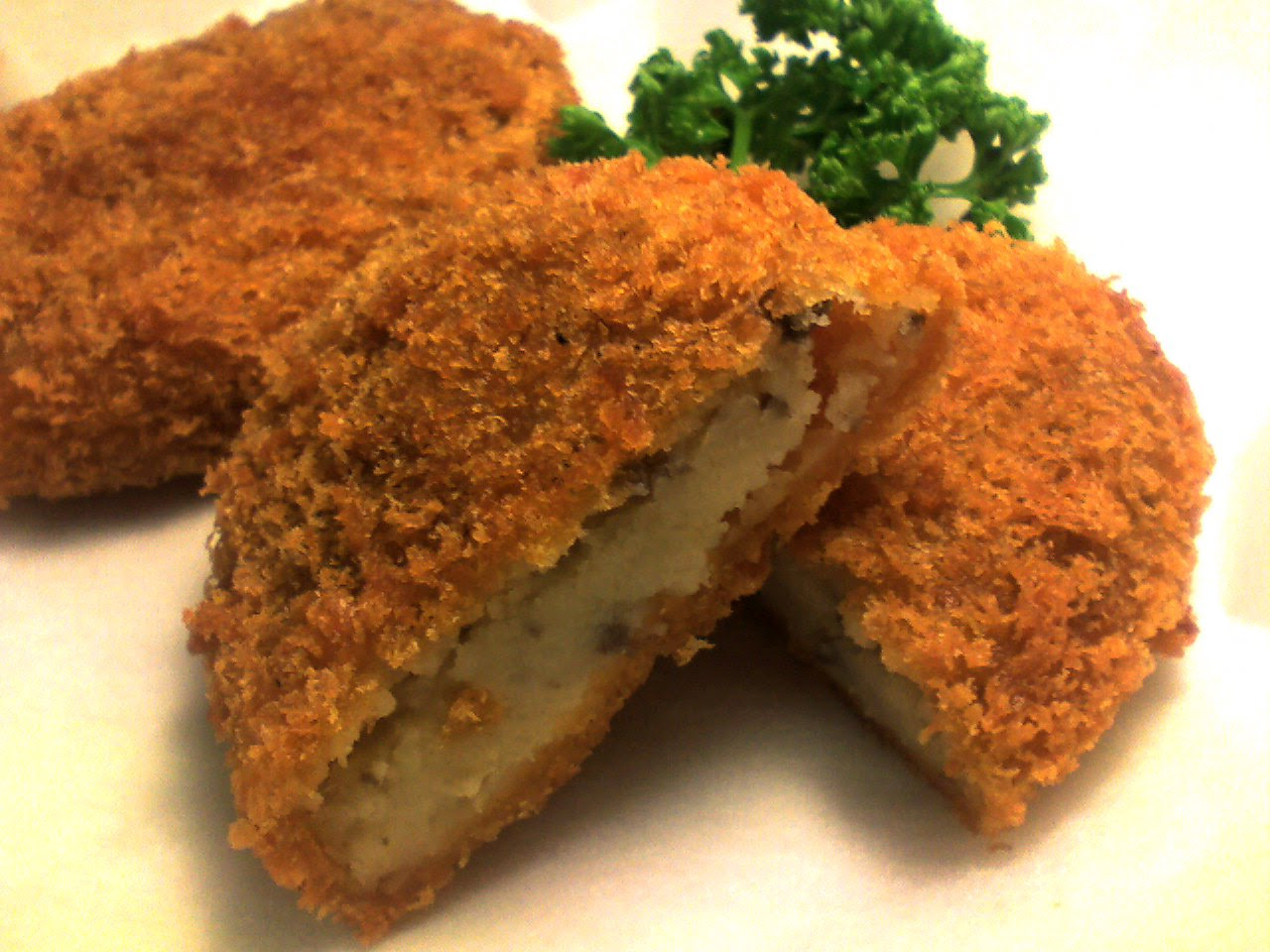 Its history in Japan is not very precise. At first thought we conjectured that it may have been introduced along with tempura by the Portuguese in the mid 16th century. But it doesn't appear to have been.

Most online sources put its introduction to Japan in the Meiji era (1869-1912). Apparently a recipe for korokke appears in an 1895 cookbook. Takaoka, a city in Gifu prefecture is making a bit of a claim as the place where where Japanese korokke started. There's a local chain there promoting Takaoka korokke and they have a winter festival at their main temple where one of the featured foods is the daibutsu korokke (the big Buddha korokke). According to the Takaoka Korokke (the chain restaurant) business website there is a reference in a newspaper dated 1900 of a western-style restaurant selling korokke - on the second floor to be exact. It makes a bit of sense as Takaoka was an important port during the early industrialization of Japan. Seems like things western could have been easily introduced there.

Moving into the Taisho era, there was a novelty hit called "The Song of the Korokke" in 1917. The song's popularity led to a popularity of consumption. This hit simultaneously with the introduction and popularization of kare risu and other things from beyond Japan's borders. We haven't found the original recording of the song, but here's a version -

Like many humble foods, there is an essence of the sublime in these mashed potato fritters. The Japanese stye can be perfectly simple or enhanced with either shrimp, crab or meat - often served with a squeeze of Bulldog Sauce, the sweet thick soy variation favored with fried foods. A personal favorite is korroke pan - your basic bun with a couple of korroke in it. We love our potatoes and bread.
Of course, we at Ajimi love our mashed potato fritters in many styles, not just the Japanese way. Noted are cuchifritos, the great Puerto Rican fast food we've found wandering the the Lower East Side in New York. Rellenos de papa (a tennis ball sized fritter of spiced meat covered with potato mash and breading) and alcapurrias (made with taro) are a couple of favorites.
And then there's this place in Madrid that we were told had the best croquetas in the city. It's a funky little bar on the Calle de Esparteros, near the Plaza Mayor, where a copa and a plate of fritters come cheap. Little fingers of breaded bechamel creamed spuds are all they are. And yes, they are the best.
NV