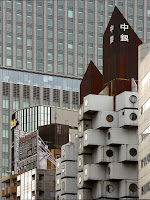 The arrival in the mail the other day of Bradford Peck's classic of utopian literature,The World A Department Store, got the Ajimi team seriously thinking of utopia - and why there seems to be a dearth of progressive positivist thinking toward what the future holds in store. As a bit of an exercise we challenged ourselves to think of what a 21st century utopian novel might envision and came up a bit short. Even with the huge sea-change of positive energy that hit the world with the election of Barack Obama, the hard realities of realpolitik, the legacies of the monumentally misguided misadventures of most world leaders during the last several decades and the continued intransigence and irresponsibility of anyone associated with the Republican party still makes the future appear a lot less than rosy. Dystopia seems to be the common currency. 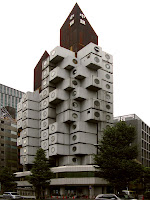 The the crushingly damp heat and daily grayness of a Tokyo summer doesn't exactly move a mind to lofty thoughts either. One of the most memorable and enduring dystopias to catch the public imagination in recent years (1982!) is the brilliantly designed mise-en-scene of Blade Runner, Ridley Scott's adaptation of Philip K. Dick's Do Androids Dream of Electric Sheep. Even though the ostensible setting of the movie is Los
Angeles, everybody knows it's based on Tokyo. 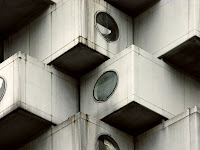 The utopias of the late 19th century and of the 1960s tended to an idea of returning to the land, creating new agrarian communities - a long-held Christian metaphor of a return to the garden. Dystopia has often been associated with cities, the hard and evil urban wilderness - manifestations of the hubris of Babylon. Biblical metaphors notwithstanding, we at Ajimi believe in the possibilities of cities. Especially great cities like Tokyo.
And there have been others who have seen the potential for utopia in Tokyo. 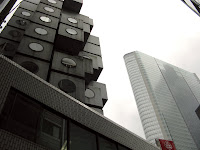 In 1959 a group of young architects, under the rubric of the Metabolist Movement envisioned a new architecture and way of living with a vision for the future that addressed the problems of the real world - housing, movement, social and physical function. The movement itself was fractured by the mid-70s, though many of the architects involved continued on with visionary architecture. Like similar movements in England (Archigram) and Italy (Archizoom), the Metabolists embraced the possibilities of cities with a true utopian fervor.
The future never turns out the way it's supposed to. Particularly for a utopia. But monuments to these ideas, though they may become a bit worn around the edges and ultimately crumble and fade, never lose their luster. 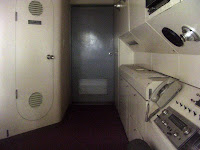 Case in point is Kishio Kurokawa's Nagakin Capsule Tower. Completed in 1972, Kurokawa made manifest his ideas of modular construction, architecture as evolving form and solutions for mobile transitory late 20th century human kind. It's noteworthy that the tower stands quite close to the Tsukiji Fish Market, a sprawling complex that has organically created the metaphors and ideas that Kurokawa put into his building. The building at the southern edge of Ginza is now a bit forlorn and forsaken. The tenants, tired of cramped living spaces and poor maintenance are giving up on it. Though not scheduled yet, plans are afoot to tear the structure down. Kurokawa had offered to refurbish and update the units, but passed away before any of these things could happen. In a city of largely uninspired and uninspiring architecture, this brilliant failure stands out. Its Skinner box-like cubes still look stridently modern - a vision of what utopia could be. For some it may be resolutely dystopic - controlled living in brutalist boxes - but the intent was far nobler. The realities of the world tend to subvert intent. But still, it lifts the spirits to be in presence of such a vision. It may not be long for the world. When in Tokyo, be sure to give it a visit.
東京都中央区銀座8-16-10
Map
NV