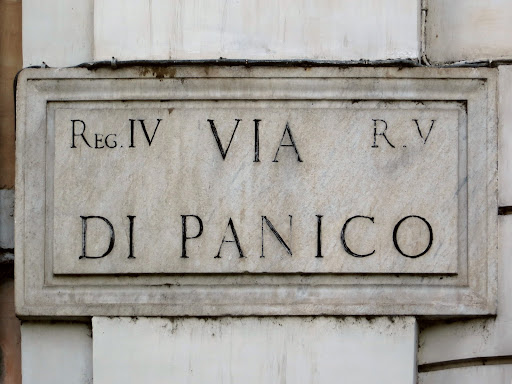 You wander the streets of Rome and around every corner is a new surprise, a new vista, a madonella, a food store fecund with cheese and salumi, a Roman ruin, a building festooned with baroque ornamentation, a monument. That's the fundamental, and fundamentally amazing pleasure of walking down those ancient streets. Sometimes, though, an intentional walk brings you closer to state of wonder and a small connection to something more intangible but sublimely fulfilling.

Case in point was a simple early morning walk up Via Di Panico. The intent was to follow the footsteps of  Antonio Ricci, the hero of Vittorio De Sica's 1948 neorealist classic, Ladri di biciclette (Bicycle Thieves). The film follows the story of a poor unemployed man, Antonio, who finally gets a job as a poster hanger. He gets his bicycle out of hock and happily goes to his first day of work. While he's pasting up a huge movie poster his bicycle gets stolen. The rest of the movie follows his increasingly desperate search for his bicycle. He's accompanied by his adorable and strangely adult-like young son, Bruno. The film ends in tragedy as Antonio himself steals a bike, gets caught and is publicly shamed.

There's a scene in the movie where he finds out the name of street where the man who stole his bike lives - Via Di Panico. As he confronts the thief, he draws a crowd - the neighborhood knows and defends the young hoodlum, as he's one of their own. Antonio is driven away empty handed.

It turned out there was a street called Via Di Panico in Rione Ponte, a few blocks from the place we were staying in Rome. We started at the foot of that street early one morning. The sun shown warm, painting the old edifices with soft light. We met a dog - and its owner a few steps behind. The dog was a little upset with us, getting in the way of its daily rounds. It was small, but it barked loud and long. A little bit like the Via Panico denizens of De Sica's film, defending their turf against outsiders.

Was this the street Di Sica shot? Landmarks from the film were hard to discern. We were working from memory, rather than photographic evidence. But no matter, walking the streets where one of the greatest of Italian film directors may have shot one of the greatest films ever made was enough in itself. I stopped to shoot a madonella that looks suspiciously like the madonella in the film. The putti looked a bit different and one had gotten its head knocked off. The image of the Madonna is different too. But the basic details of the frame and the awning are nearly identical.

While we were in Rome, serendipitously, there was an exhibition at the Museo dell'Ara Pacis on De Sica's life and films, Tutti De Sica. Filled with memorabilia, old posters, handbills, photographs, video monitors showing clips from his films, Tutti De Sica was right up any film nerd's alley. They even had the stolen bicycle from Ladri di biciclette. The real one! Hey Antonio! We found your bike! 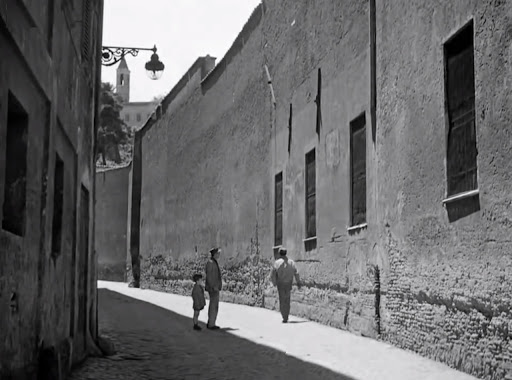 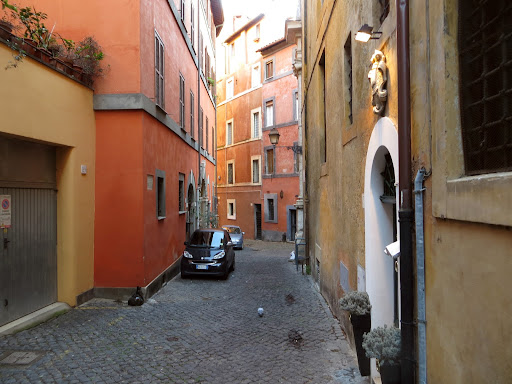 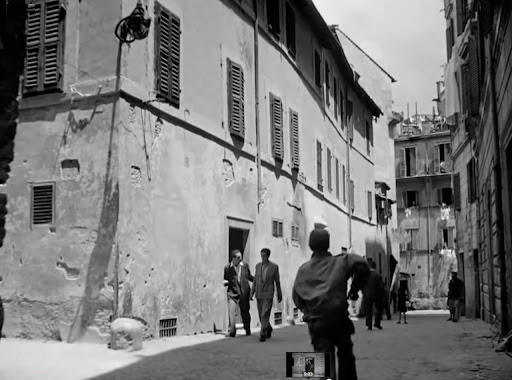 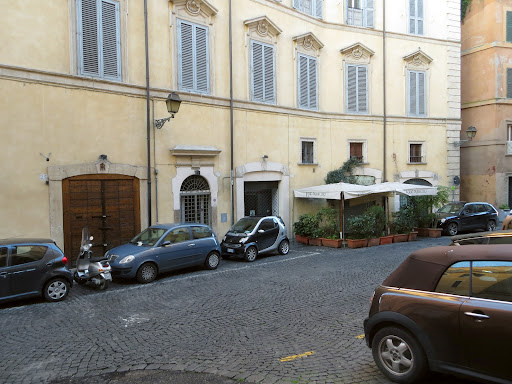 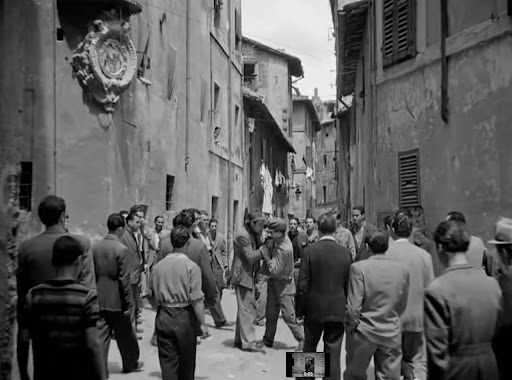 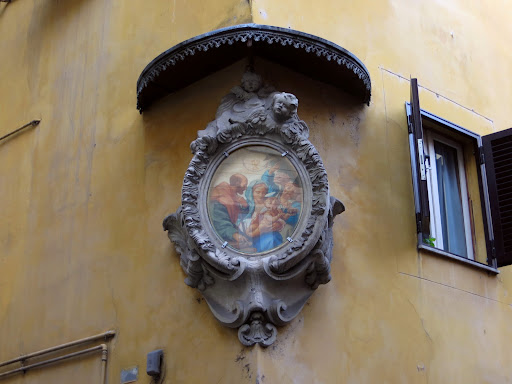 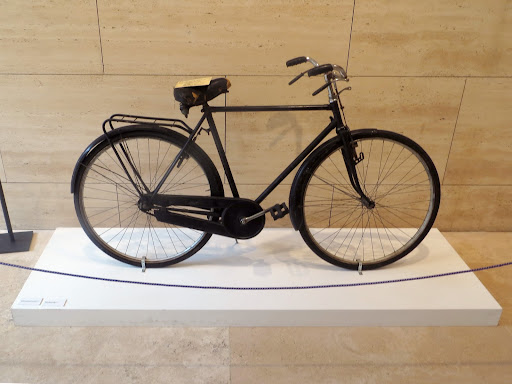