Of course, whenever the Ajimi team runs across any signs of balalaikas, they have to follow. One of the team spent many a year of his well-spent youth playing balalaika and domra in the Seattle Balalaika Orchestra.

In most of the world outside of Mother Russia, the balalaika is not a big thing. Nor is it in Kyoto. But that's where a bright and friendly sign hanging in front of an out-of-the-way alley beckoned. 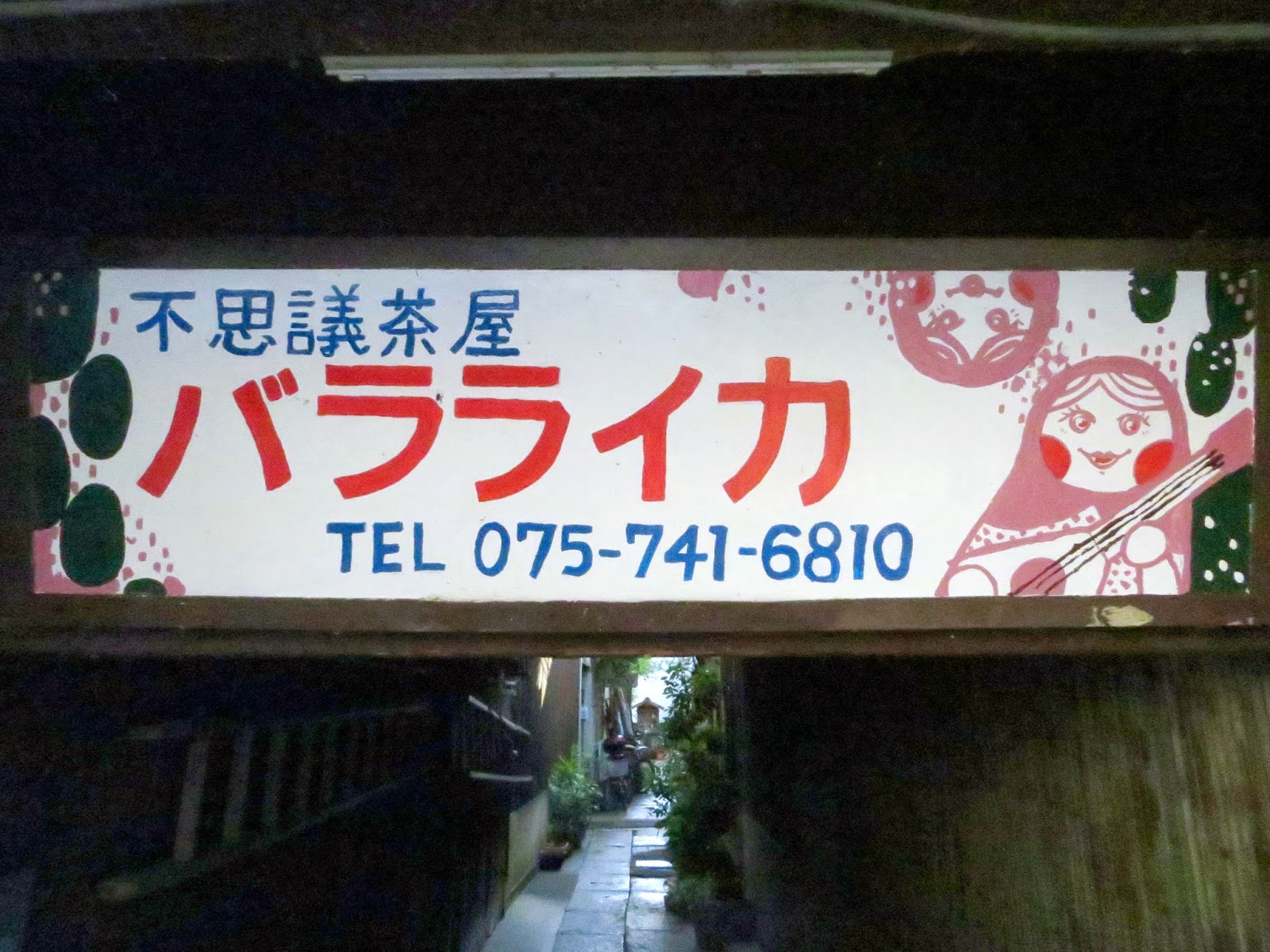 It had a sweet little illustration of a matryoshka doll cradling a balalaika, and the simple word "バラライカ" (Balalaika). And down the alley we went.

At the end of the little mews was Balailaka, ostensibly a coffee shop, but rather more like a forgotten and abandoned storefront with things you don't really want to know about going on behind its closed door. As we were perusing the sun-faded menu, out popped Eisuke Hatanaka, the proprietor of the place. Lanky, silver-haired and balding, with elfin features and slightly desperate smile, he invited us in. The place was a small mess, with little evidence of coffee having been served over the last few years. A particularly scary bottle of once preserved, now rotting, plums stood front and center on the old counter strewn with papers, cups and whatnot. Shoved onto the shelves by the door were various Russian tchotchkes, including a few matryoshka dolls.

Hatanaka-san proceded to talk our ears off with his singular story of being a bit of a balalaika-playing star in his youth. He pulled out an oversized self-published book - a tome, actually - called The Balalaika Anthology (バラライカ名曲集). Along with the masses of sheet music (lifted directly from Russian editions), contained within its pages were several copies of articles and photographs of young Eisuke, balalaika in hand, amidst serious-looking Russian guys in suits, largely set in academic settings.  The serious endeavor of studying the folk music of Russia, in Russia, was Hatanaka-san's old milieu. I was struck by one pic of Eisuke, with a full head of dark hair, surrounded by older scholars, staring intently into the camera. It looked like something from the 1920's, but was probably from the 70s.

Apart from playing the balalaika, we found out that he was a sometime counselor, magician and collector and seller of Russian goods. I think he had a few other things under his belt. And he had also published a couple of other books. He opened his balalaika case and pulled out a well-used, but obviously loved - and lovely - instrument and asked for any requests. I suggested and old boyevoy kon called Vo pole bereza stoyala (In the field a birch tree stood).  He quickly found the music in his book and between breaks in his constant monologue, played a few bars of it. 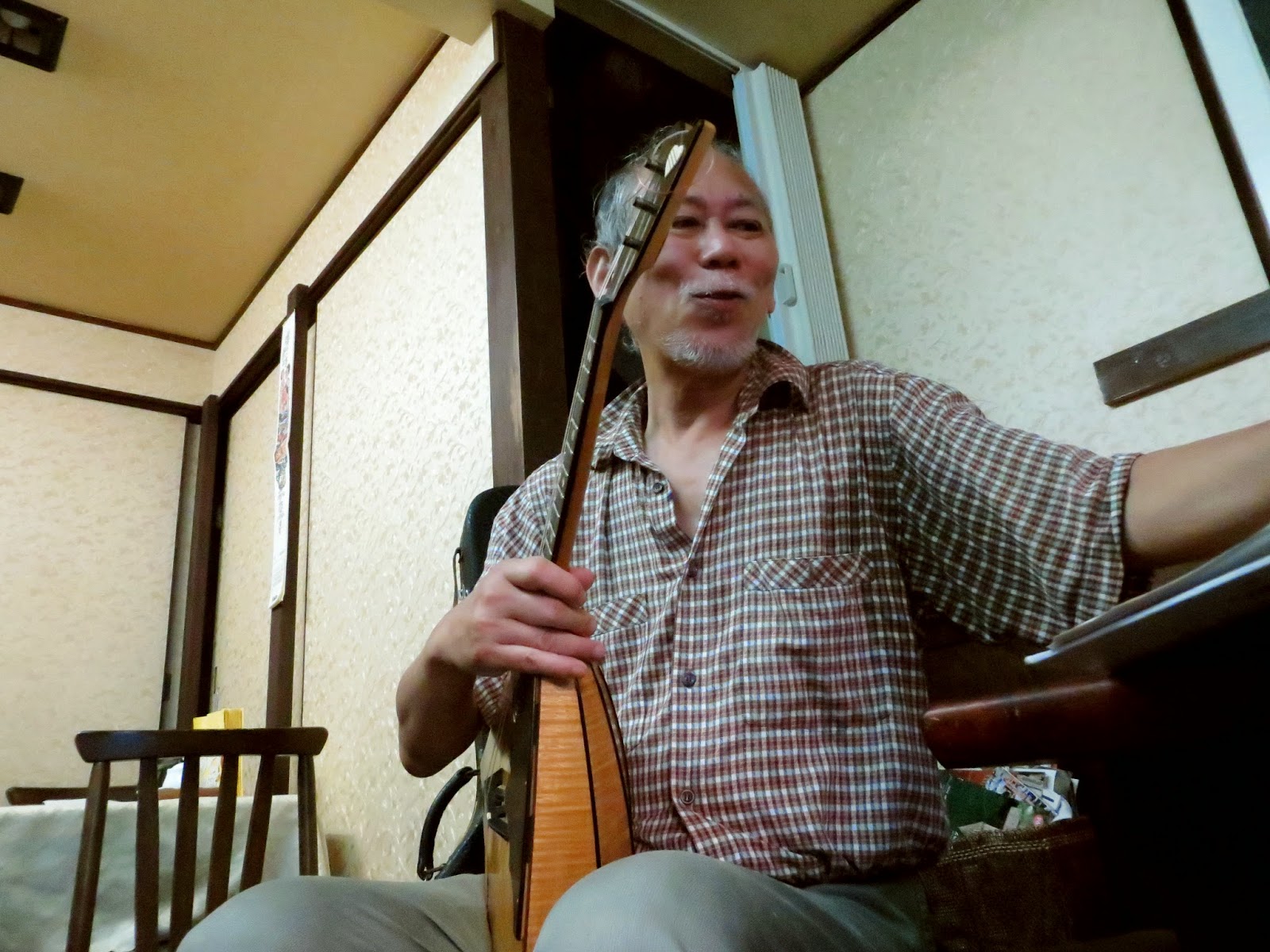 Hatanaka-san could have kept us there, talking for hours on end. I imagine he doesn't get all that many visitors. He is a fairly eccentric fellow. We made a flimsy excuse to cut things short and made our exit. But there's something about folks who follow their passions way down the rabbit hole. They may be weirdos, but they're our kind of people. The world would be a much lesser place without them. Here's to you, Hatanaka-san. Tebia shastia! 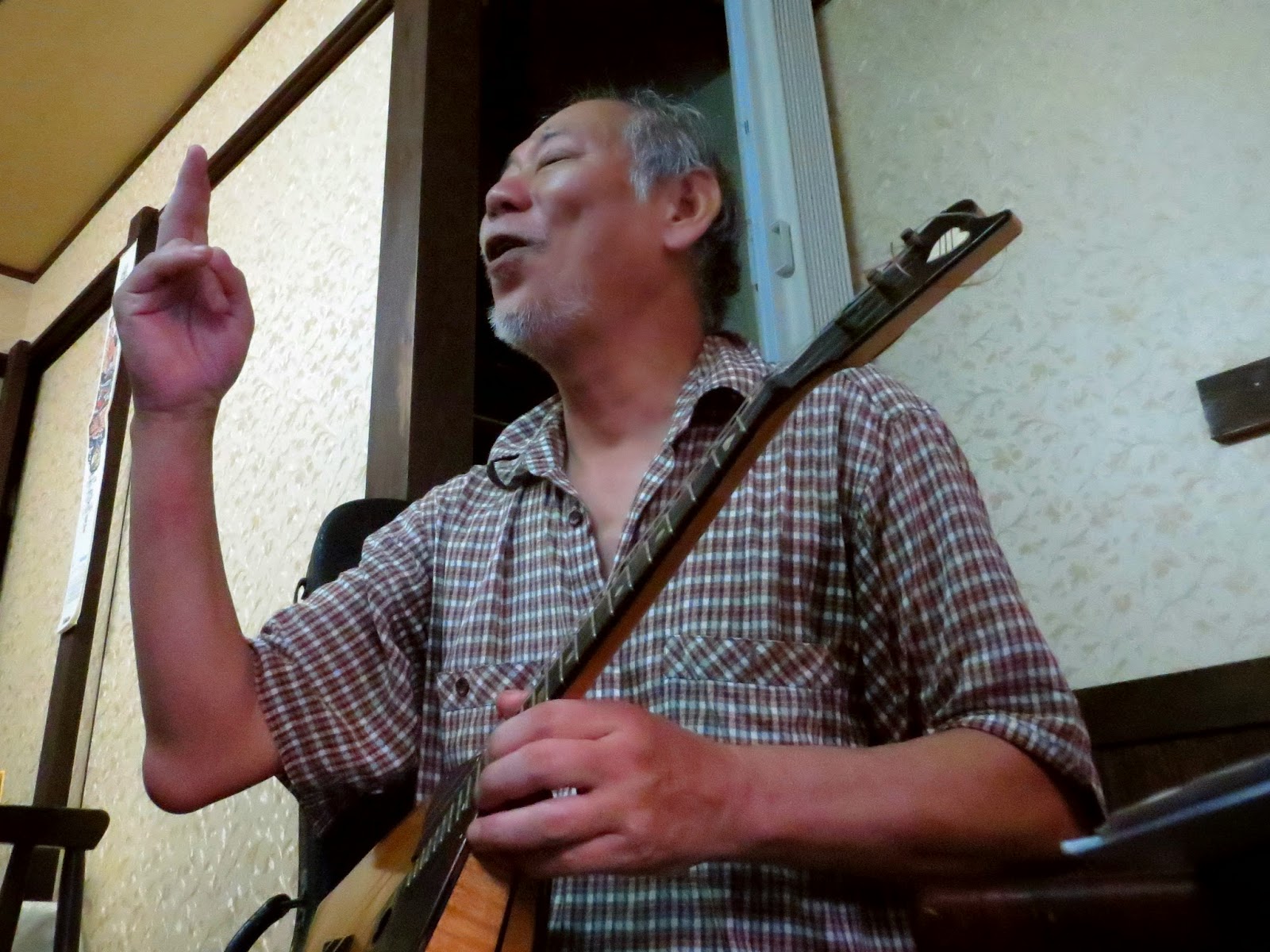