It's in the Water When we're talking about booze, we're talking about a few simple ingredients - alcohol, water, sugar, flavorings, maybe yeast and carbon dioxide with beer and champagne, maybe some other trace elements. Of course how that becomes something delicious and transporting is a mix of art, science and alchemy that humankind has been working on ever since wild yeast first dropped into something sugary and somebody drank it and said, "Ah ha!"

But for most alcoholic potables, seems the main ingredient is just plain ol' water. It's the turning of that water into liquor is where the magic lies. One of Jesus's most inspired and truly magic moments happened when he turned water into wine. He could have done the conventional thing - gotten some grape juice and let it ferment, but I guess he liked the theatre, was working on a tight schedule and knew he had a good trick up his sleeve.

Around the time Jesus was doing his thing, distilling was born. It became the purview of alchemists for several centuries in their magical and mystical attempts to transmute chemicals and elements. Their experiments led to concoctions that had a more secular effect of transmuting the drinker into more mystical states of drunkenness. And the grand love affair continues between us mortals and alcohol - and the water!

Notwithstanding the old joke -

A Scotsman walks into a bar and asks for rare 30-year-old Macallan. The bartender asks him if he     wants it neat or with a splash of water. The Scotsman howls at the bartender, "Why would I want water in it? We spent 30 years trying tae gie the water out!"

But even the Scotsman's drink neat was something like 57% water!

Which brings us to maewari. It's a speciality of Kyushu - and it's based on a pretty simple idea. You take about 4 parts shochu and mix it with 6 parts water and let it rest for a few days. Time turns the mixture into a slightly unctuous, smooth, yet gently spicy cocktail.  Something magical.

If your bartender just poured some water into some shochu and served it to you, it would not taste half as good. Probably not bad, depending on the shochu, but not at all the same. 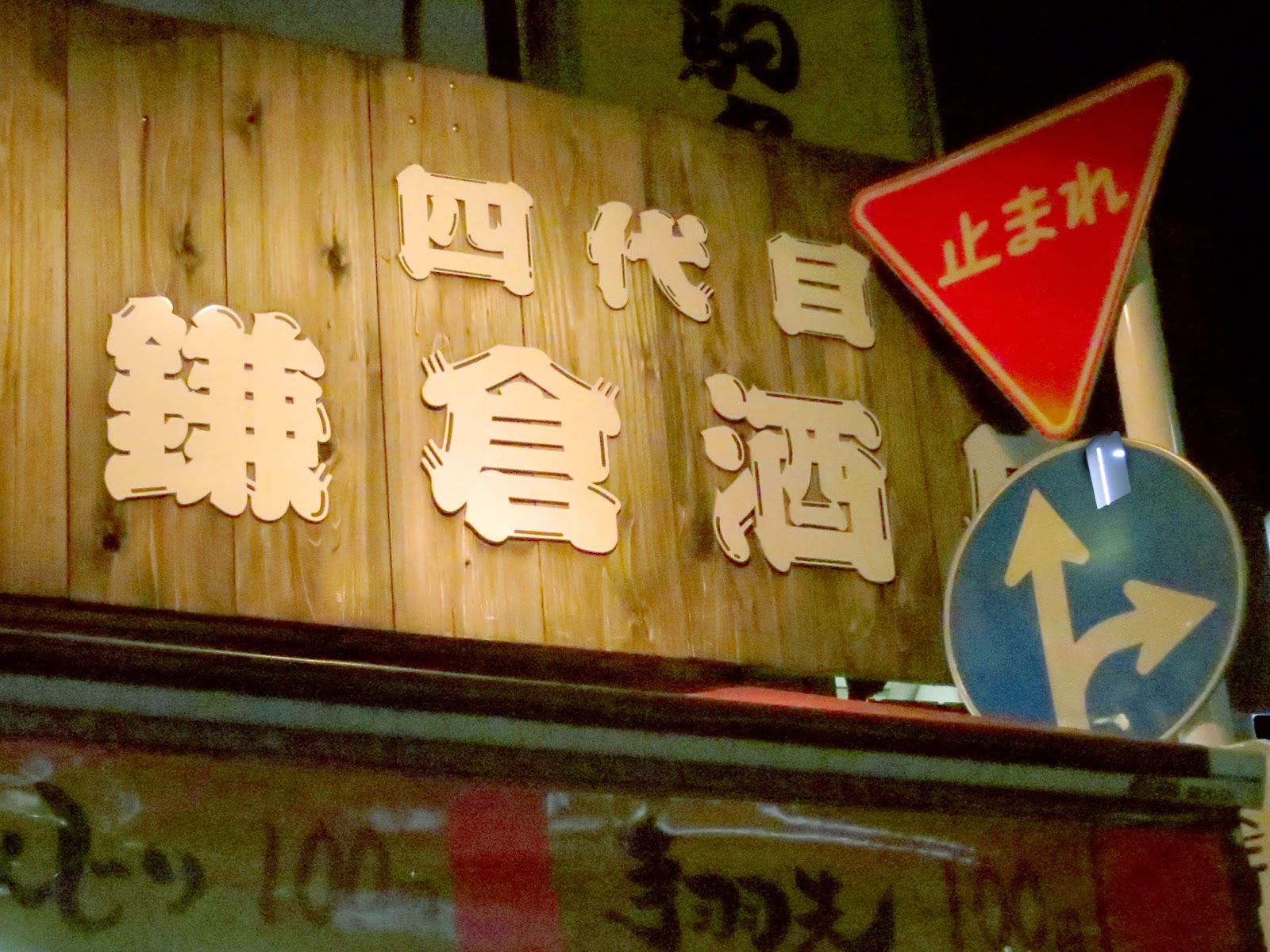 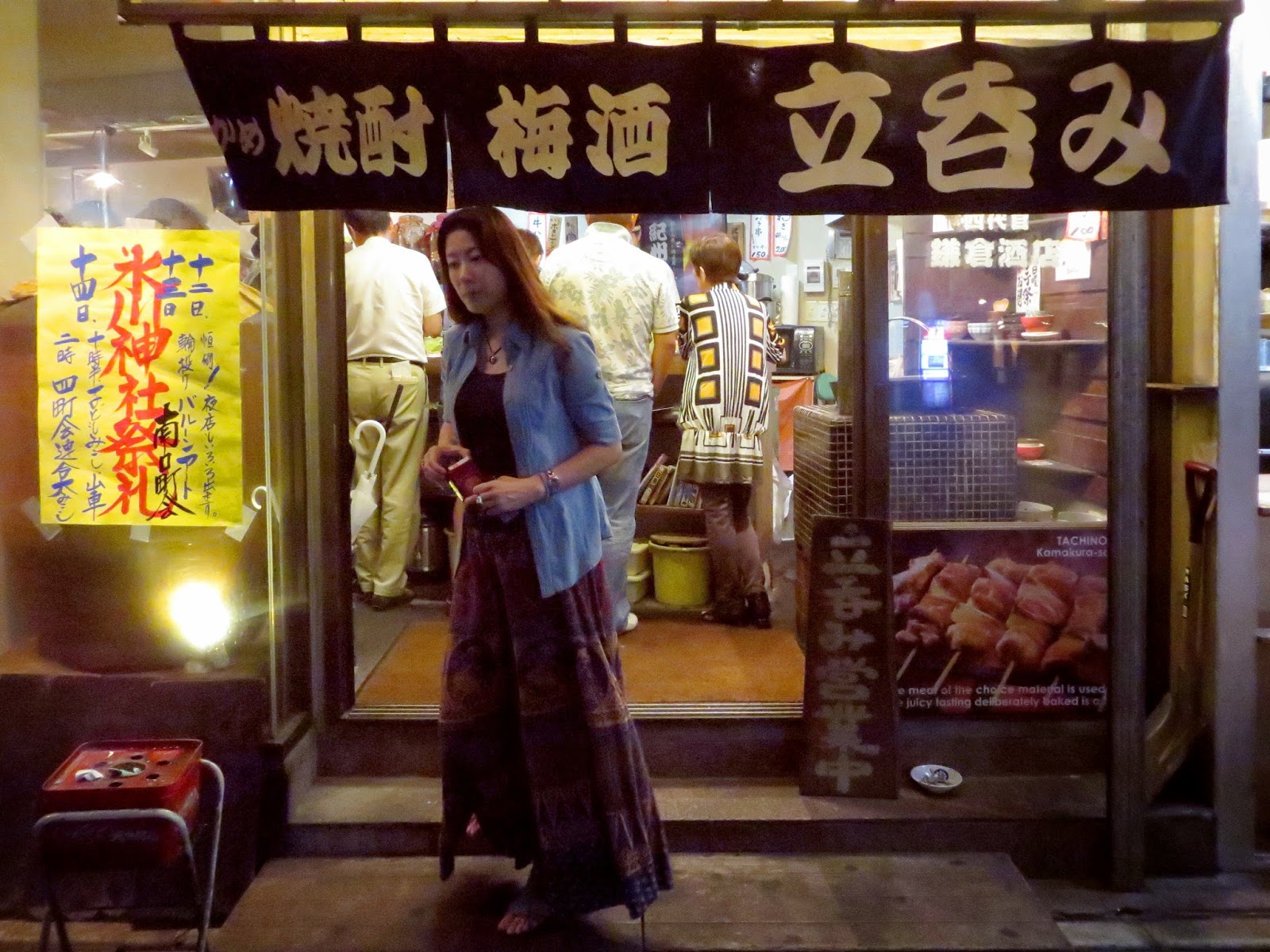 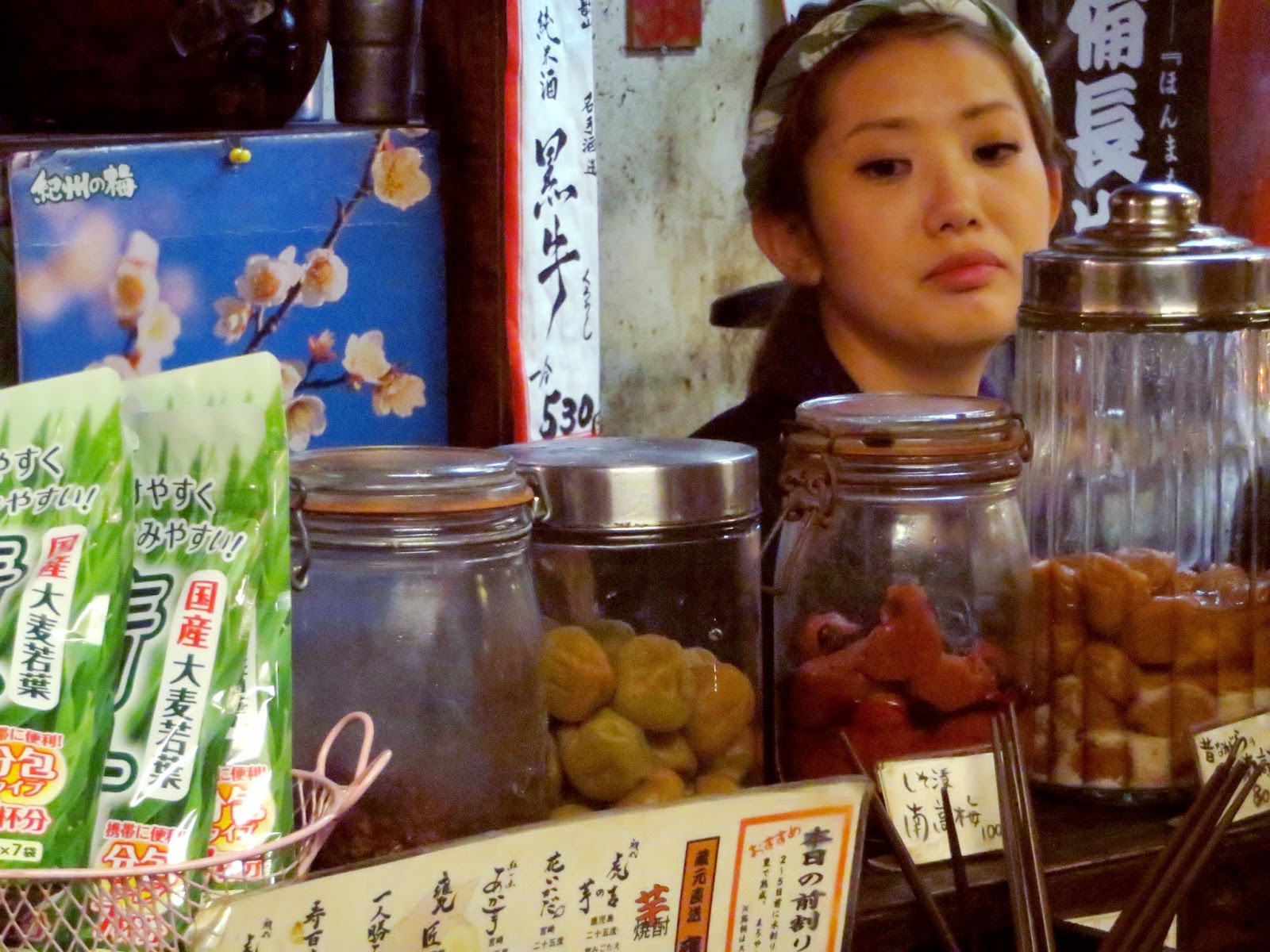 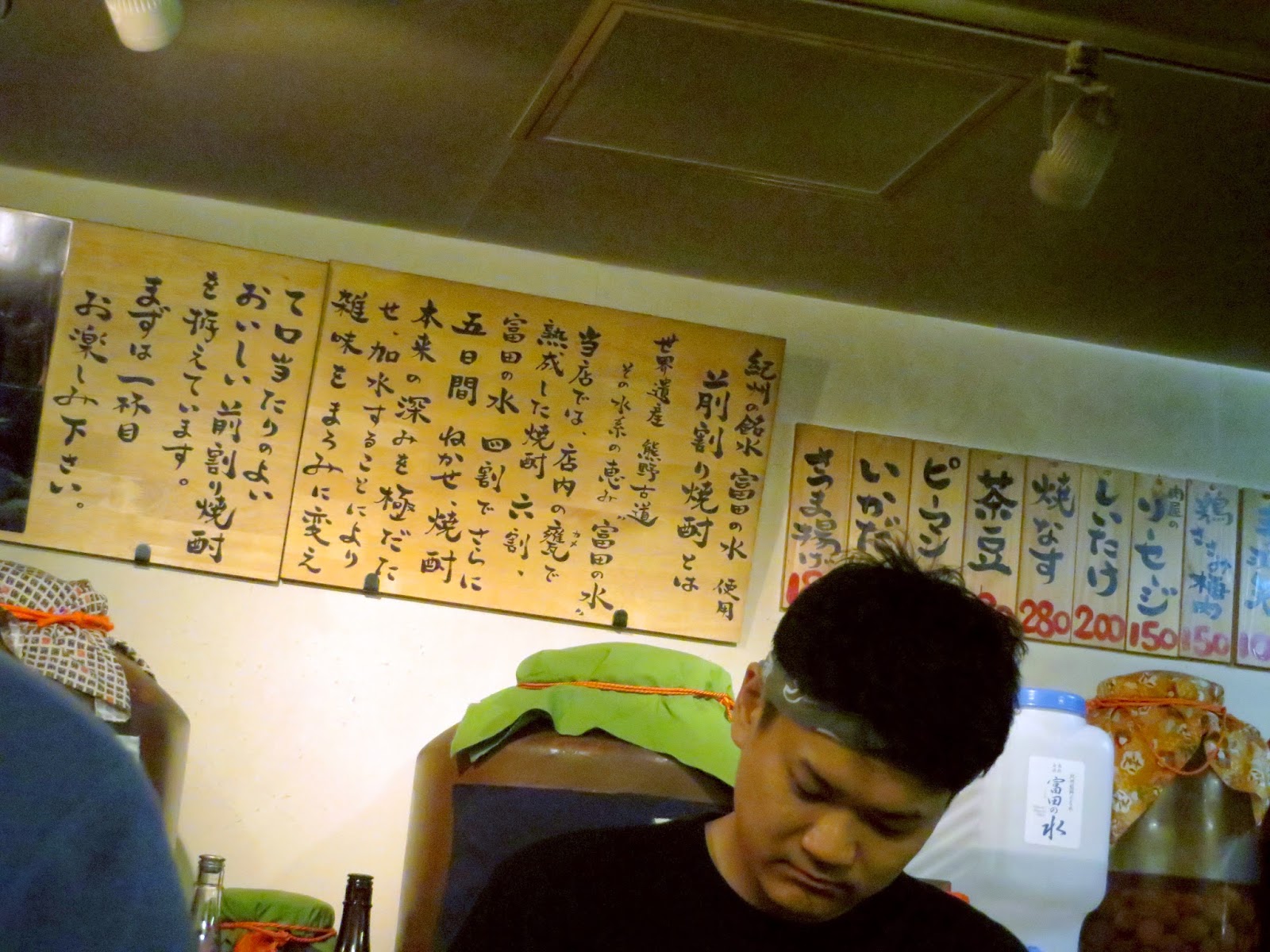 The Ajimi team was out with friends in Nakano the other night where we stopped in at the Kamakura Saketen, just south of the JR station. It's an unassuming stand-up bar that has huge ceramic pots filled with different shochus, some of the best yakitori in Tokyo, a continuously steaming pot of motsu by the door and some of the cheapest prices in town. 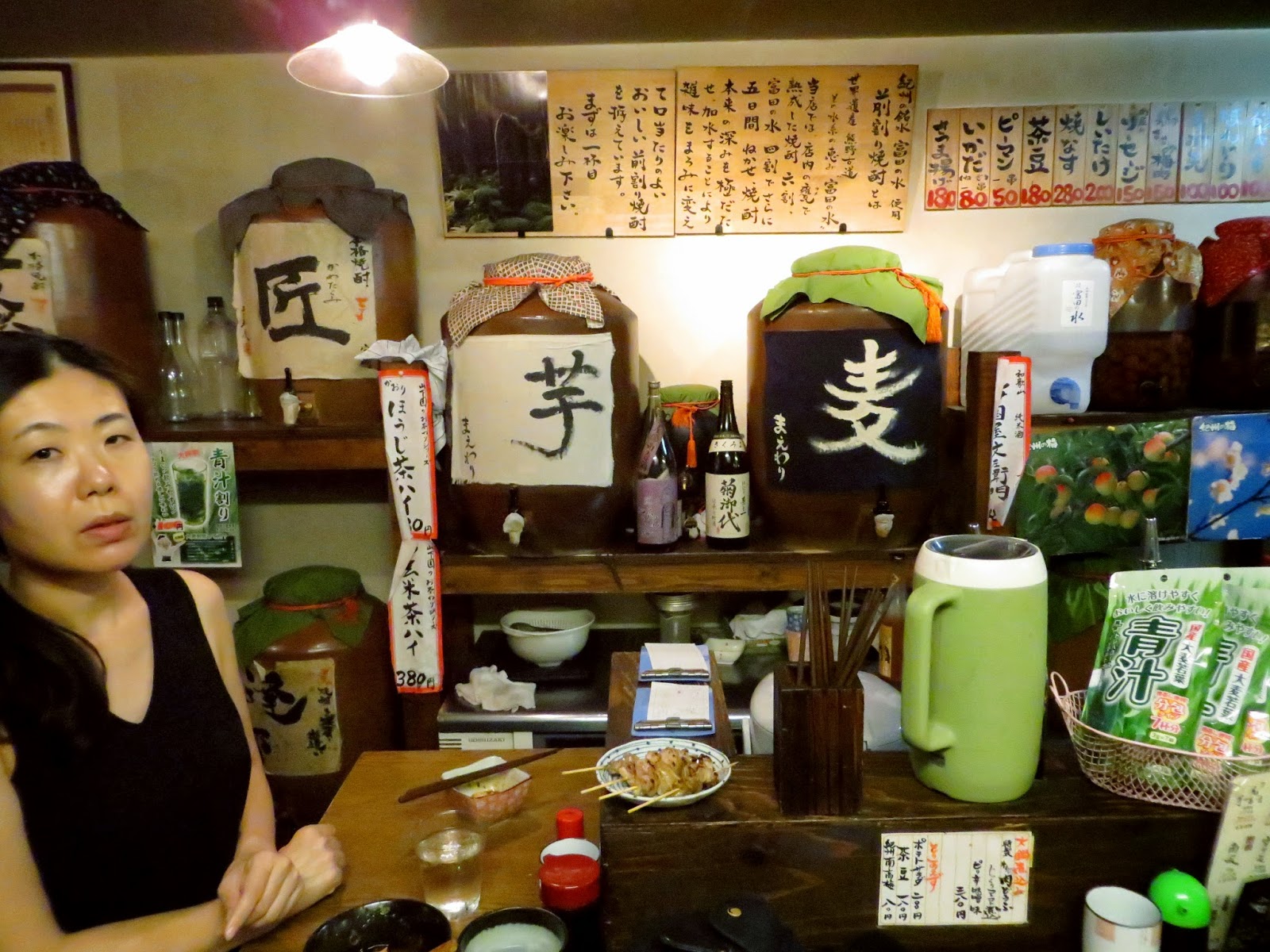 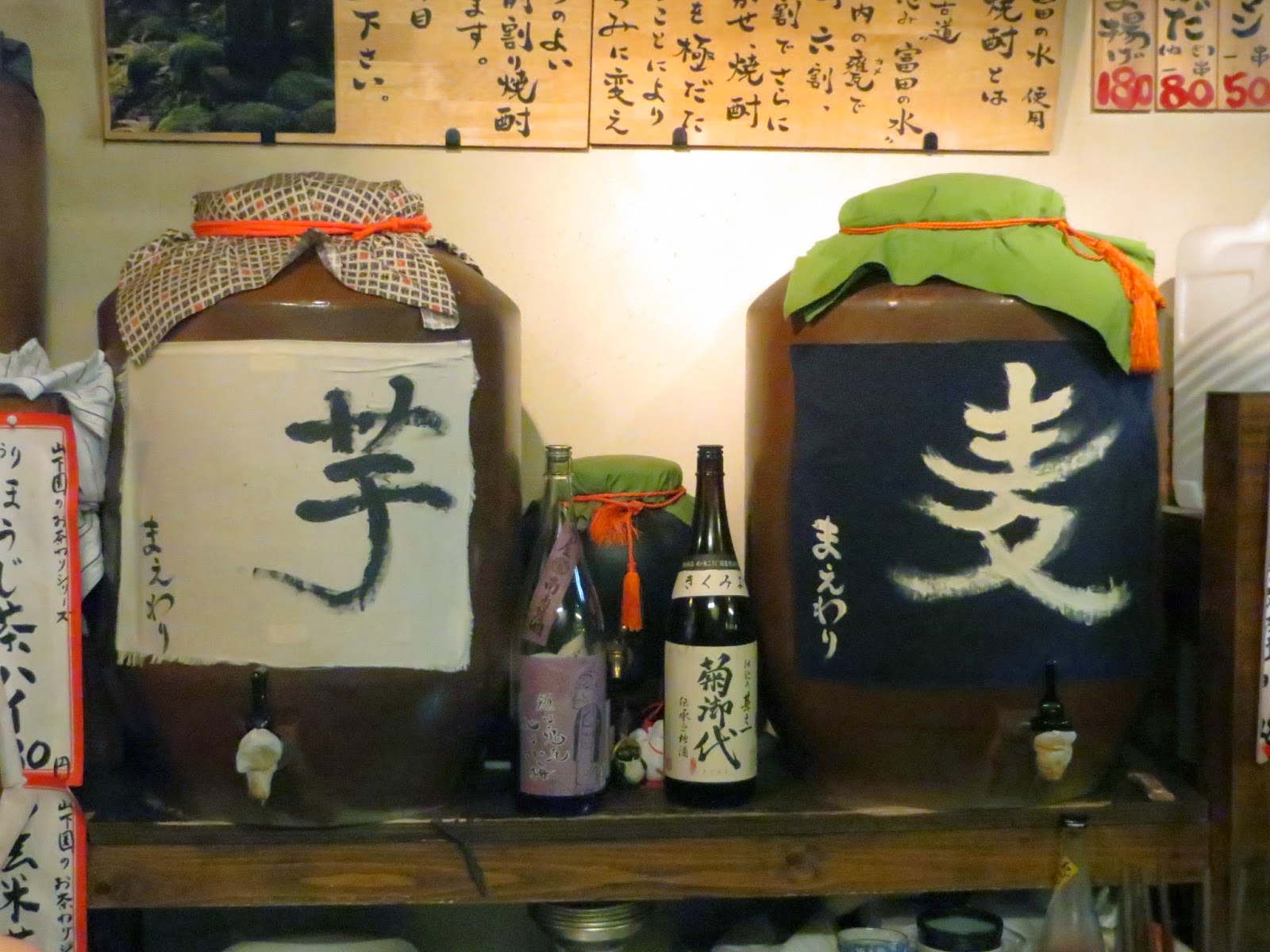 Two pots behind the bar are simply labeled mugi (麦 / barley) and imo (芋 / sweet potato). Both hold the fabled maewari. The folks here mix their shochu with water from Kumano, on the Kii peninsula about 100 km south of Osaka. Speaking of mystical, it's a place of shrines and temples sometimes known as the land of the dead. Kamakura Saketen has certainly got the good juju working for them in their delicious mixes. The mugi version has a light spiceness floating in very soft water. The imo version tends toward clear perfection. It's like a dream of water, flying.

Much of that magic - it's in the water.