The Future of Rice in Japan 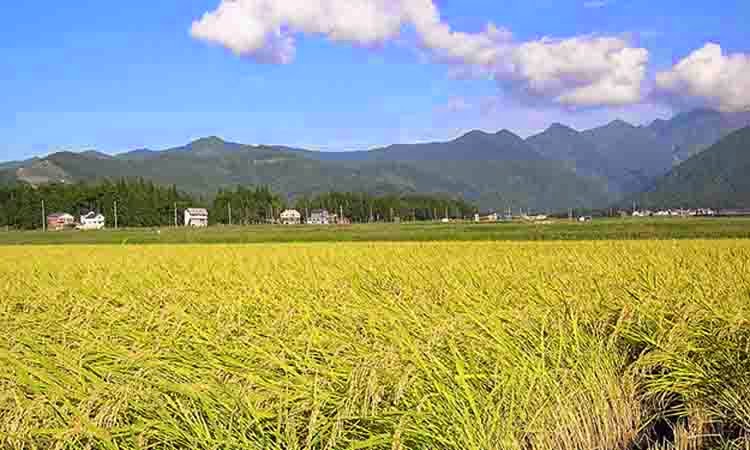 This is a longer version of an article I wrote for Food Tank. The Food Tank version can be found here.

12/7/2014 - The piece has been picked up, with a slightly more sensational headline, by the Christian Science Monitor. You can read it here.

I usually buy my rice at a local rice vendor. In his dilapidated shop he sells a fair array of rice from all over Japan. I go for my usual, tsuyahime - a decent, not too expensive rice from Yamagata. He often chides me when I ask for it unmilled, left in its brown rice (genmai) form. Most of his customers have the outer husk removed, which he does in one of the old, loud electric mills that occupy a fair amount of the floor space in his shop. It’s about 30 bucks for a 5-kilo bag. That’s about $2.30 a pound.  I was once fairly shocked at the price, but have become accustomed to the high price of rice here, chalking it up to the general high cost of living in Tokyo.

I pedal home, steam some up, looking forward to settling down for my yorugohan (dinner). But even as I enjoy the simple pleasure of a humble bowl of rice, I am reminded there’s a story of politics, misplaced initiatives and a battle for the very soul of Japanese agriculture with each and every bite.
As Japan began reconstruction after the end of World War II, the paramount issue was to feed a nation of hungry people. Infrastructure was ruined, farmland abandoned. Agricultural reforms, initiated by the occupying forces, compelled landlords to sell off their large land holdings to tenant farmers who worked them. This not only broke up an old, nearly feudal system, but newly incentivized farmers quickly brought the agricultural sector back into production of rice, fruits and vegetables.

Japan, a relatively small island nation with a lot of people, isn’t blessed with a lot of arable land. But in the late 20th and early 21st century, it’s been doing all right for itself. In terms of total volume of food produced, it’s number 5 in the world. It’s a nation obsessed with food self-sufficiency and food security. And though its rate of about 65% self-sufficiency is a cause of anxiety for many a citizen of Japan, in regard to keeping its people fed, Japan does pretty well.

So, a nation that supports its small farmers, produces a fair amount of food and keeps policies in place to maintain a certain quality and status quo, you might think has got it pretty much figured out. But, with the distorting forces of the global economy, a graying population of those who till the land, a huge agricultural cooperative that may not be representing the true needs of its constituents and a ruling government party that actively opposes it, Japan’s going through some huge changes in the very way it thinks about agriculture.

At the center of these issues is the JA Zenchu (Central Union of Agricultural Co-operatives), a mammoth organization that not only represents the interests of 47 prefectural agricultural co-ops, but also controls a huge insurance company and one of Japan’s largest financial institutions, the Norinchukin Bank. The insurance and banking concerns, originally set up to help farmers, are now available to anyone in the nation. JA Zenchu has been steadfast in supporting tariffs on foreign rice (up to nearly 800 percent) and has been opposed to Japan joining the TPP. They have a huge amount of clout. And they use it.

And then there’s the current government, controlled by Shinzo Abe and his Liberal Democratic Party (LDP). The LDP isn’t so liberal as its name would imply. Abe and his allies would love to basically break JA Zenchu, opening farming up to bigger business concerns, cutting tariffs, becoming a bigger player in international commodities markets and stopping subsidies to farmers that essentially pay them for not growing rice (which helps keep rice prices high).

In the current battle between JA Zenchu and the LDP, the LDP seems to be winning. And it’s not just on the political front. Market concerns are changing the roles of middlemen, unions and wholesalers. For example, the huge grocery store chain, Aeon, is beginning to buy rice directly from producers. And new, young farming entrepreneurs, though still a small scoop out of the big rice bowl, are buying up and consolidating fallow plots of land and using high tech methods to increase rice production.

And then there are the farmers themselves. An elderly lot – average age around 66 – many of them are now pretty much part-timers. They’ve long depended on the advocacy of the JA Zenchu and protectionist policies of the government. These policies may be on the way out. But even parties like the LDP still depend on rural turnout during elections and even though they’re pushing reform of national policies, they want to keep the folks on the farm happy. Consequently, they’re pushing for an end to production controls by 2018 but still subsidizing farmers who switch to other crops or produce rice for livestock. Perhaps the government is just biding its time for a generational shift to do its business for it.

Japan’s issues with sustainability, food self-sufficiency and food security find their perfect metaphor with rice – a staple not only caught up in tradition and national mythology, but in the ever-changing world of global economics.

On one hand, a system is in place that, on the surface, supports small farmers and, theoretically, crop diversity (there are many different kinds of rice produced in Japan) on small land holdings. But the coop that protects these farmers seems to have lost sight of its original mission. There have been instances of individual farmers’ co-ops going against JA Zenchu’s orders. And there’s the current right wing government trying to push Japan out of its decades-long economic slump through monetary policy and a rush to corporatize farming while trying to build Japan’s clout in the world food commodities market. How it’s all working and whether it should be the direction Japan takes remains a discussion among the political elite, without much input from the consuming public. Recent economic reports show Abenomics is not doing well at all.

How all these changes will shake out remains to be seen. In the meantime, there are millions of Japanese depending on their daily rice, expecting its sourcing, its quality and availability to remain stable and not beyond any of their basic concerns.