Skip to main content
Labels
Posted by Nicholas Vroman May 01, 2016 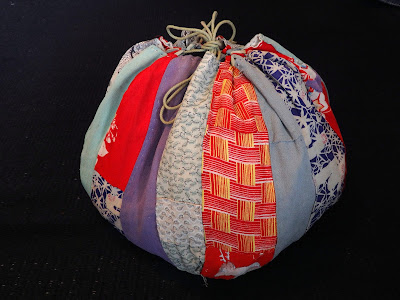 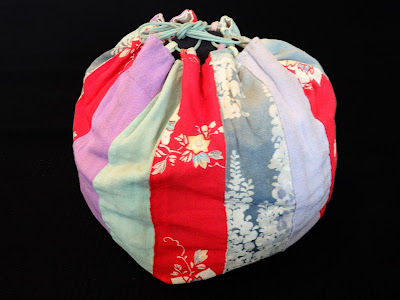 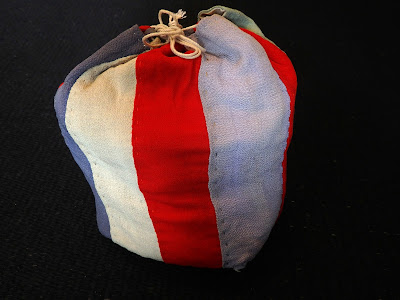 Let's say you were a prosperous rice merchant named Abe Sukezo, living in Japan in the early years of the 20th century. You'd be expected to make offerings to the local temple, assuring not only continued good fortune, but establishing your presence and beneficence as an upstanding member of your community. Your offering? Rice, of course. It was not only your business, but a form of currency in a land where it was the main food staple. You'd bring your offering in a special bag, a komebukuro - a patchwork of fine fabrics from retired kimonos worn by the women of your household.

The Ajimi team came across a trio of Abe-san's komebukuro about 100 years later. We put together his story from the things he wrote on the linings of the bags - his name and that of his business, his address and the date. His shop was called Abe Beikokusho. It was located in Shiranemachi, Sannocho. Two of the bags were dated March, the 4th year of the Taisho era, or 1915. We put on our detective hats to track down the exact location of the shop. We did find Abe Beikoku, a rice business in Yamagata. Is it the same business? There are few Shiranemachis and Sannochos around Japan, none corresponding to the same location. Names change. Townships and neighborhoods are subdivided and incorporated, their original identities disappearing from the collective memory.

However, some evidence gets left behind - here in a trio of komebukuro. Each tells its own story, about the fabrics it was made from and the women who wore them, of the man who carefully wrote his name, address and the date inside, of life at the beginning a century of profound change.

Imagine Sukezo-san, dressed in his finest kimono. It's a fine, sunny day in March. The air is still a little winter brisk.  He's walking to the temple with his wife and young daughter. He carries a komebukuro filled with rice, the bag's rich silk patchwork contrasting with his dark haori. His wife carries a similar bag. Her simple pale green kimono is offset by a bold haori splashed with branches of red and pink cherry blossoms. Their daughter follows behind with a smaller offering, in a garment strewn with white ume blossoms, symbols of spring. They make their rounds - the temple, a tea house, a sake merchant, then return to their home above the rice shop.

Stories are found in any number of things. Sometimes they're obvious. Sometimes you have to do a bit of sleuthing. And when the reasearch only takes you so far, you sometimes have to let your imagination fill in the rest. 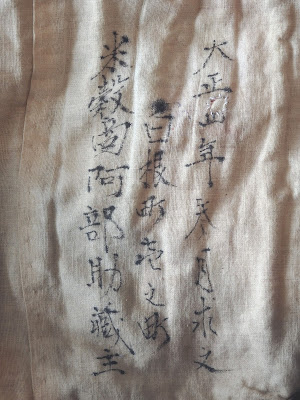 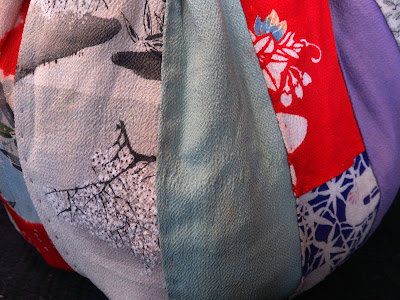 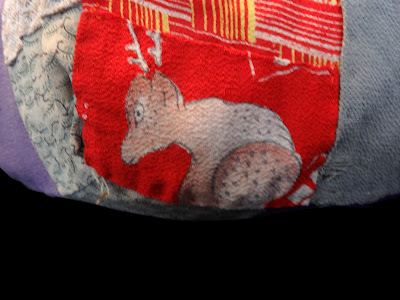 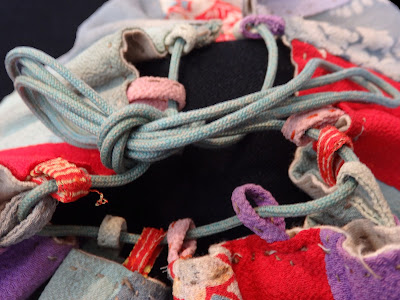 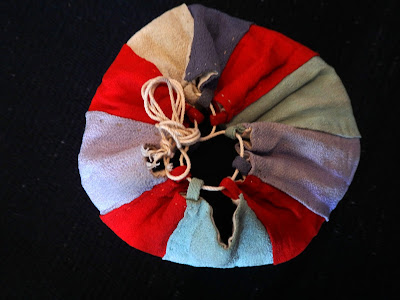