Wineries to Watch: Pearl and Stone 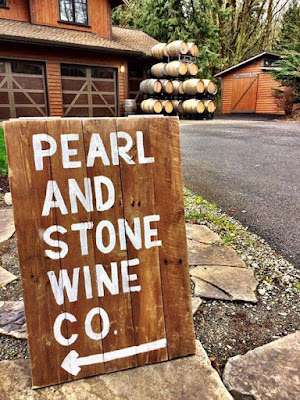 A new generation of winemakers is making its mark on the Washington wine landscape. Between garagistas in Seattle, Spokane, Yakima and Walla Walla and young upstarts in new AVAs, like Ancient Lakes and Lewis-Clark Valley, a host of fresh ideas and approaches are being tried - and most importantly, great wines are being produced.

If one common vine runs through this ferment, it's that this seeming revolution is grafted onto tradition. Not just the old tradition of making wine, but a new tradition that Washington winemakers are in the act of creating, right here, right now. It's been just a little more than 50 years since Washington planted the seeds of its contemporary viticulture. And it's borne fruit  - and gallons upon gallons of wine - with now over 900 wineries in the state adding to this heady blend of discovery and innovation.

Among the more interesting wineries contributing to this mix is Pearl and Stone. A trio of Snoqualmie Valley friends, Rob Wesorick, Paul Ribary, and Chris Stone, decided to put their money - and their time - where their palate was.

As Chris describes it, "We all met when our wives were teachers together at our local elementary school. Rob's family purchased my wife's childhood home, just down the street from where we live, so we became neighbors with a deeper connection. Then we all had kids around the same time, and would hang out and enjoy wine while enjoying/coping with parenthood. Throughout those times, we would frequently brainstorm ideas to 'someday' do something together in wine, recognizing our combined passion/interest and diverse skills & experiences. All those ideas would inevitably get too complicated, so one day - probably after a bottle or two! - one of us just said, let's just make a little wine and see what happens! Pearl and Stone Wine Co. was launched and that 'little bit of wine' turned into about 400 cases for our first vintage of 2013, released in Sept. 2015."

They came from different walks of life, but Chris had some special insight and connections due to his role as the marketing and communications guy for the Washington State Wine Commission. And one of those connections was one of Washington's original garage winemakers, Chris Camarda at Andrew Will winery.

"When we started this," says Chris, "we knew enough to be dangerous, but we were also smart enough to know what we don't know, so we agreed to hire a consultant for our first couple years. We talked to several winemakers whose style/philosophies we all liked and ended up hiring Chris to help us out and make sure we didn't screw anything up."

He adds, "Chris C. has made a lot of iconic wines over the years, but I have always been a big fan of his Two Blondes. And since he owns that vineyard it was a logical place to start - and an amazing opportunity to get great fruit from the start."

"After a couple years, we needed to grow and wanted to bring in some fruit that would be different, yet complimentary, to the Two Blondes fruit. Again, we talked about several places that were favorites of our group, and got an opportunity to get into Sagemoor's Dionysus Block 11. These old vines were exactly what we were looking for, and we felt a perfect compliment to the Two Blondes fruit.

"The following year we decided to grow some more and wanted to introduce a Rhone blend to the program. Once again, we talked about and tasted the wines we liked, found the common fruit sources and then reached out to those growers. We landed on Elephant Mountain/Sugarloaf and Olsen Vineyards - new in 2018 - for the Rhone grapes, Grenache, Mourvedre and Syrah - and our first wine from this fruit will be released in September 2018."

And all of this has happened in only 5 years.

Their beautifully crafted wines, Wandering, Resolution Peaks and Mailbox Peak - all Bordeaux-style blends - are turning heads and moving Pearl and Stone past the winery-to-watch category, signaling that's it's fully arrived and ready to be reckoned with.

"Chris Camarda has been a big influence on us and he's imparted some wisdom that we have really embraced, including letting the wines be what they want to be. Don't try to manipulate them and don't be afraid of vintage variation. It comes down to making good picking decisions, producing sound wines, letting the fruit shine, and don't mask it with too much oak or anything else," says Chris. The Pearl and Stone approach bears all the hallmarks of tradition: gain simple insights from the wine-wise and take them to the the next level.

Their 2017 Rose has been a big hit and they will be releasing their 2018 Grenache Blanc from Boushey Vineyard soon.

Building on traditions. Creating new ones. This is where Pearl and Stone fits in this most exciting of wine times in the Pacific Northwest.

To follow and find out more about Pearl and Stone wines: 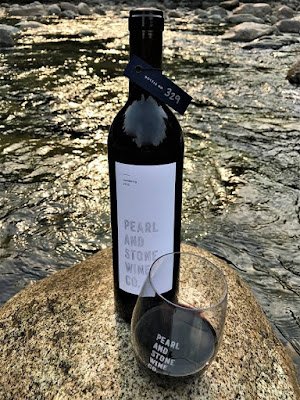 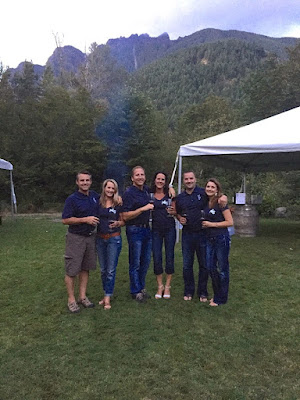