Philosopher/winemaker Abe Schoener has been making his mark on the contemporary wine world since releasing his first vintage in 2000 under the moniker Scholium Wine Project. The project involved sourcing grapes from forgotten and abandoned California vineyards, from which he made strange and brilliant wines, eschewing the arbitrary rules of the AVA system. Interesting, because he’s big on the vineyards themselves, making wines that speak of places and terriors that the AVAs are meant to protect. However, since he didn’t follow the specific strictures and rules, he merely labeled his wines as California Wines. Working largely in the north part of the state, he became a bit of a nomad, gathering grapes from Lodi and Stockton across to Napa and Sonoma counties, making his wine in wineries and warehouses that would have him. 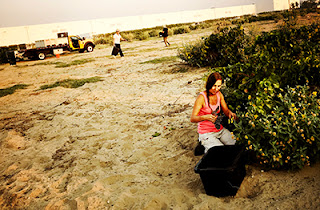 A year ago, he put down some roots. Not in the fabled wine countries of California like Napa or the Central Coast - but in Los Angeles. Along with famed sommelier/winemaker Raja Parr, he launched Los Angeles River Wine Company. With help from the Historic Vineyard Society he’s found a mess of vineyards, or what was left of them, where he tended to and harvested grapes, not even knowing exactly what kinds some of them were until they had matured. In 2020 he produced a baker’s dozen of wines – zinfandel, granache, palomino, pecorino, mission, and more – which he is now beginning to release. Many of the vineyards, most planted at least a century ago, had been untended for decades. Struggling in parched earth and against the constant encroachments of urban takeover, these valiant vines have also weathered ridiculously hot summers, incredible neglect, and just being forgotten. 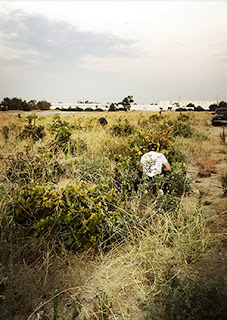 But Schoener remembers. Or at least he his bringing back memory. And history. Memory in a glass of wine. Let's not forget. A toast to you, Abe!
Scholium on Facebook
https://www.facebook.com/the-scholium-project-371036822857/
Buy his wines
https://scholium.securecheckout.com/
Find out about historic vineyards in California
https://historicvineyardsociety.org/
Labels: wine