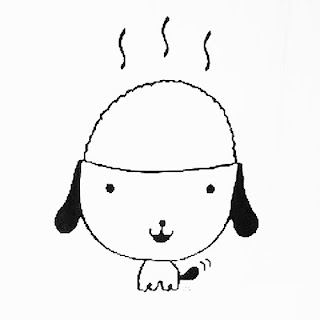 In the Lonely Planet publication, World Food Japan, the section on rice begins, "The Japanese don't just consume kome (rice) all day, every day. They venerate it." Wrong! Totally wrong! The Japanese don't consume rice "all day, every day." It's filler at lunchtime and maybe an afterthought at the end of a meal. And it's treated more like Wonder Bread than something that's venerated. Which is not to say white bread, or Japanese rice, shouldn't be venerated. But to each his or her own object of worship.

There's  a lot of hype shoveled about around rice hereabouts. Most egregious is the idea that Japanese people can only eat rice grown in Japan. Their delicate digestive systems can't handle other rice. Balderdash! Definitely a ploy to keep folks eating the local stuff. Which is not a bad idea, if the stuff lives up to the hype. 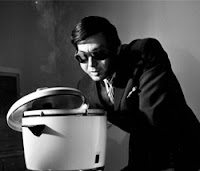 There's also a fetishism around particular varieties of rice and where it's grown. One can find these grains, pay top dollar for them and find that they basically taste... like rice! Though I've always been intrigued by Shishido Joe's rice-huffin' assassin in Branded to Kill. His fetish made sense. But maybe the rice was better back in the 60s.

And there's even a cute mascot, Gohanchawan (pictured at the top of the post), to promote rice consumption among kids. All well and good.

But after a few years of choking down gummy, dull starch - more as a duty, rather than a gustatory pleasure - with many a meal in Tokyo, I'll say it. Rice in Japan sucks!

I once thought it was my curmudgeonly attitude toward food culture here (not the cuisine, the food - or rather the quality of it - itself) and my general dislike of short grain rice. Give me basmati or jasmine rice over a sticky bowl of insipid Oryza sativa any day. It's essential for making sushi and onigiri. Great for risotto and paella. I'm not so fond of it for general eatin' - a personal preference. And the proof is in the pudding - which must be made with short grain rice.

However, a recent article in the New York Times, bolstered, if not justified, my gut feelings about rice in Japan. The article in question, Japanese Begin to Question Protections Given to Homegrown Rice (by Hiroko Tabuchi, Jan. 9, 2014) makes a pretty clear point, among other interesting insights into rice production in Japan, about the decline in quality of Japanese rice over the years. A mix of factors have led to its current sorry state. Find out more by reading the article.

I was right all along.

And as Japan is getting more interested in pushing its food products more and more into the global market, it's got a long way to go to compete with generally superior food products, not just rice, that many other nations have been making better and tastier for many years. Get to work Japan. Ganbaremasu!

Unknown said…
Now, how is a drawing that makes it look like eating a bowl of rice is equivalent to devouring a puppy-dog's brain supposed to make anyone wan to ingest the stuff?
January 14, 2014 at 7:09 PM