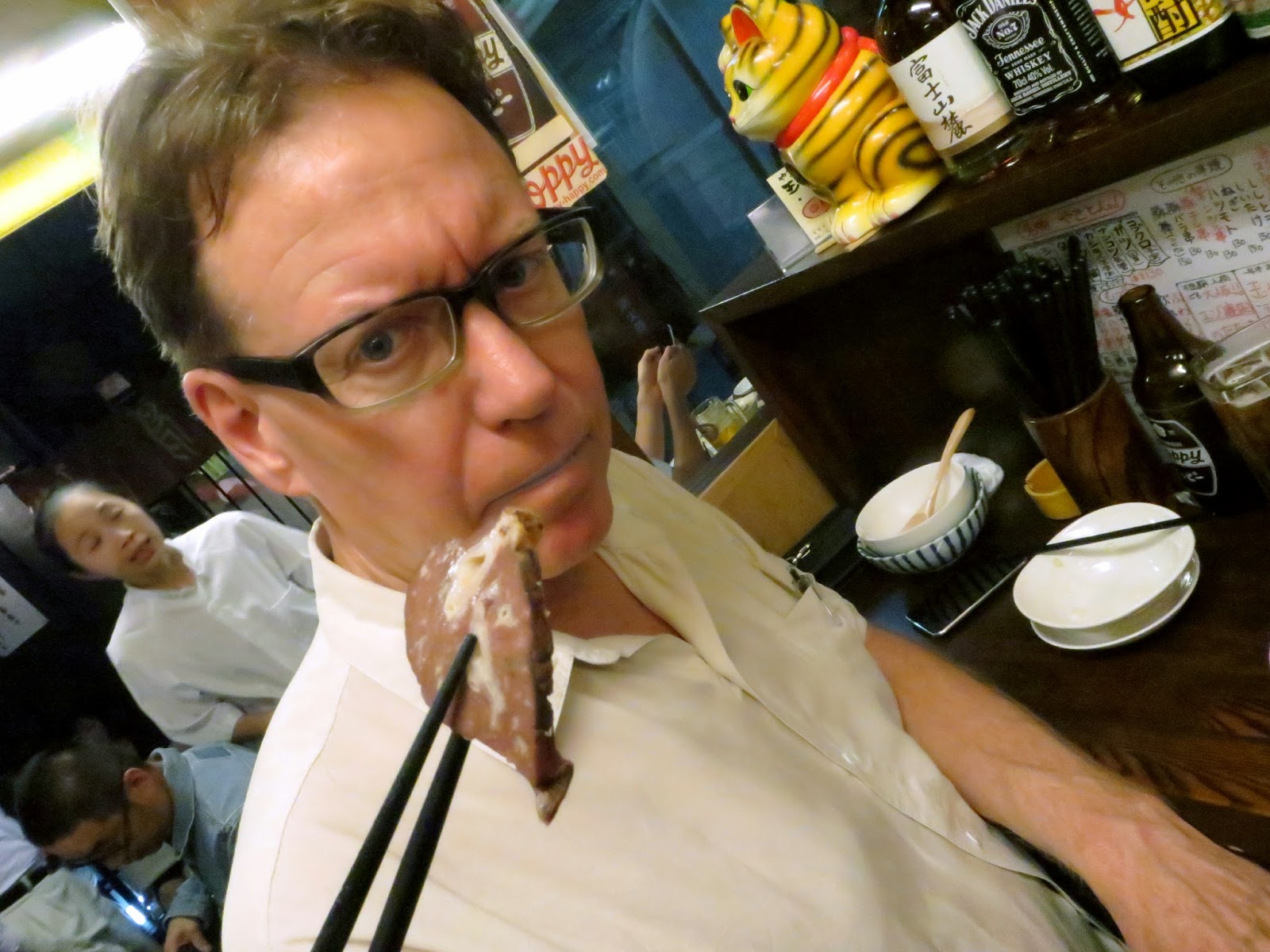 When you put the words lungs and smoke together, an image comes to mind. Probably not of the culinary kind. However, the Ajimi team was out one October night in Shimbashi, one of Tokyo's best stops for the odd, the old-fashioned, the delightful and the sometimes terrifying when it comes to dining. Shimbashi still has a little, or maybe a lot, of the kind of shitamachi dining pleasures that are falling more and more to the wrecking ball and the misplaced desires of the government and developers to make Tokyo a more modern and generic city.

We stumbled onto Tamaya (玉や), a corner restaurant tucked into a warren of alleys just across the plaza on the west side of Shimbashi station. Yakiton is the place's speciality - and they yaki up a mess of pork parts, in addition to things like a soulful and simple tofu suji nikomi - a big block of tofu in a broth, lightly thickened with bits of gelatinous beef tendon - and a wonderfully crisp tempura that encased squeaky hunks of erengi mushrooms. We were just about to leave when we noticed a big yellow sign. On it was written the word fuwakun (ふわくん). At 480 yen, whatever it was, it was cheap. The word fukuwan does not refer to a familiar way to address someone who blindly follows others (付和). Nor is it about someone over 40 (不惑). Nope, it's a friendly way to describe smoked lung. That's the lung of a pig, smoked and cut into bite-sized pieces for your gustatory pleasure. Of course, we had to stick around and order some up and a couple of rounds of Hoppy to either compliment or cover up the taste of this porcine pulmonary delicacy.

Now lung does show up in Filipino and Southeast Asian cuisine. It's also one of the things you stuff into your basic haggis. Lungs are banned in the USA - as food that is. They really don't show up that much in Japan, so we were looking forward to something rare indeed. 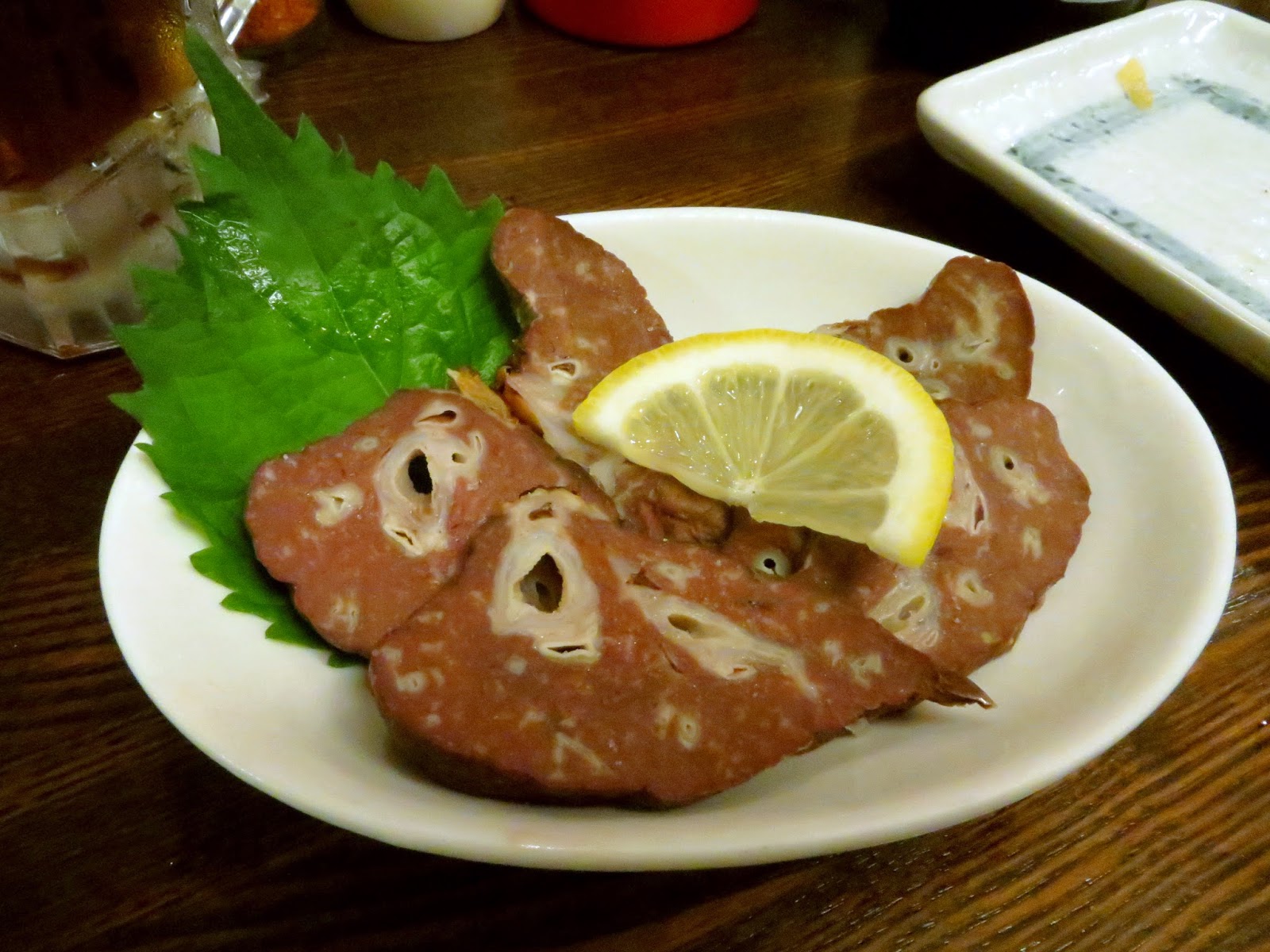 It looked great - a sort of brickish corned-beef color with little white bronchioles. Tastewise, not all it was set up to be. The smoke, undetectable. The texture, a little better than cardboard. The bronchioles a little gristle-like. The taste, give me a haggis any day. At least the Scots like to use a little spice. The Hoppy though, was great. Next time, we'll stick to more familiar organ meats.  We'll pass on the pig lungs. 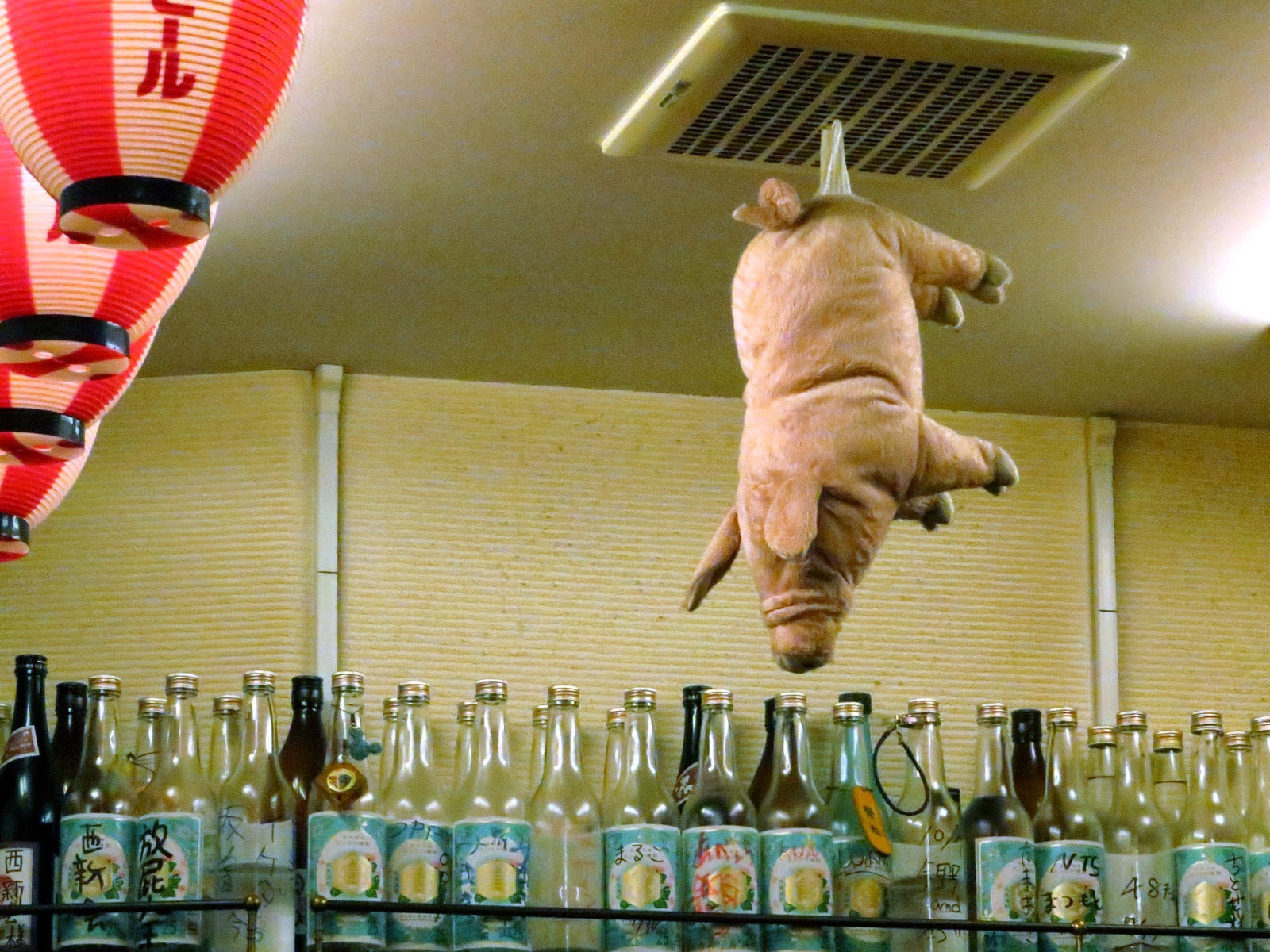 As we left, we did notice a piggy plush toy hanging from a ventilation grille in the ceiling. Is this how they smoke 'em?